The U.S. Department of Education named 304 schools, one of them Bloomsburg Memorial Elementary, as 2011 National Blue Ribbon Schools. 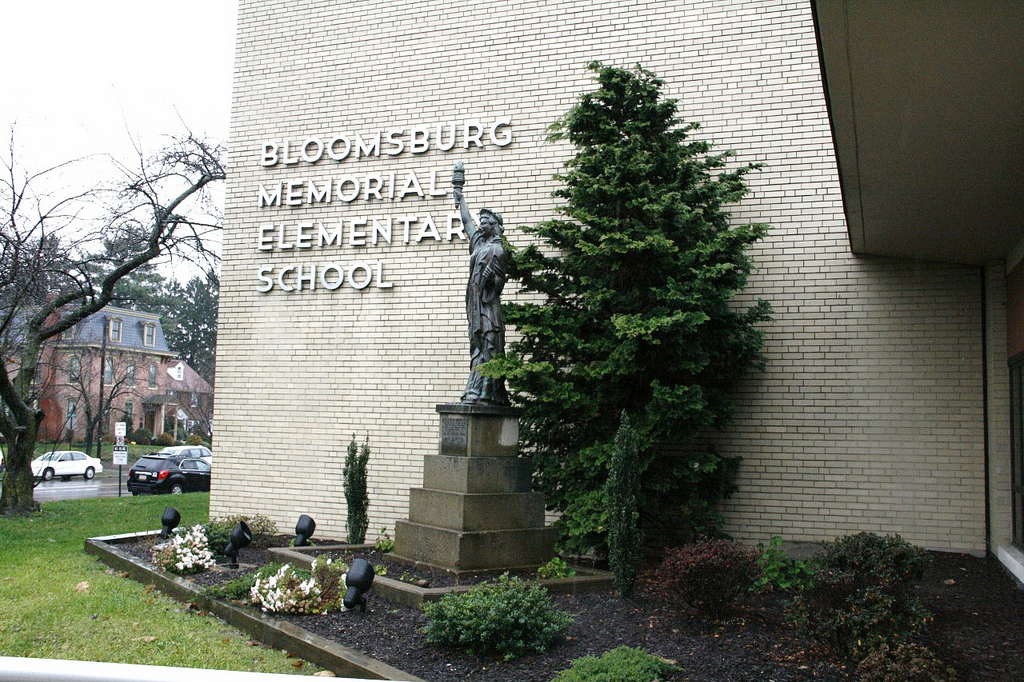 The U.S. Department of Education named 304 schools — one of them Bloomsburg Memorial Elementary — as 2011 National Blue Ribbon Schools based on their overall academic excellence or for their success in closing achievement gaps. Today, the Bloomsburg Memorial Elementary community will come together in an assembly to recognize this achievement.  In addition, the Department of Education will honor the entire 255 public and 49 private schools with their National Blue Ribbon School awards at a conference and awards ceremony Nov. 14-15 in Washington, D.C.

“America’s long-term economic prosperity and civic engagement depends on our children receiving a world-class education,” Duncan said. “National Blue Ribbon Schools are committed to accelerating student achievement and preparing students for success in college and careers. Their success is an example for others to follow.”

The National Blue Ribbon School award honors public and private elementary, middle and high schools where students achieve at high levels or where the achievement gap is narrowing. Since 1982, more than 6,500 of America’s schools have received this coveted award. Mr. Ryan Moran, Principal at Memorial Elementary School noted that, “Memorial Elementary school is one of five schools in the State to receive this prestigious award for academic excellence.”

To celebrate the achievement, Mr. Moran, said that the school will be “be holding a school-wide assembly on Wednesday, December 7. During the assembly, we will highlight our schools’ achievements as well as listen to several keynote speakers. Our distinguished speakers include Mr. Michael Walsh, Deputy to the Secretary of Education and Dr. David Soltz, Bloomsburg University President.”

The National Blue Ribbon Schools Program, honors public and private schools based on one of two criteria: 1) Schools whose students are high performing. These are schools ranked among each state’s highest performing schools as measured by their performance on state assessments or, in the case of private schools, that score at the highest performance level on nationally normed tests; or 2) Schools with at least 40 percent of their students from disadvantaged backgrounds that improve student performance to high levels as measured by the school’s performance on state assessments or nationally-normed tests.

Before selecting National Blue Ribbon Schools, the Department asks for nominations from the top education official in every state, the District of Columbia, and Puerto Rico, the Department of Defense Education Activity and the Bureau of Indian Education. The Council for American Private Education (CAPE) nominates private schools. A total of 413 schools nationwide are nominated, based on the number of K-12 students and the number of schools in each jurisdiction. The schools are invited by the Secretary of Education to submit an application for possible recognition as a National Blue Ribbon School.

The Bloomsburg Daily will be attending today’s assembly and will provide photos from the event and more information about the award.

Portions of this story are taken from a press release provided by the United State Department of Education.