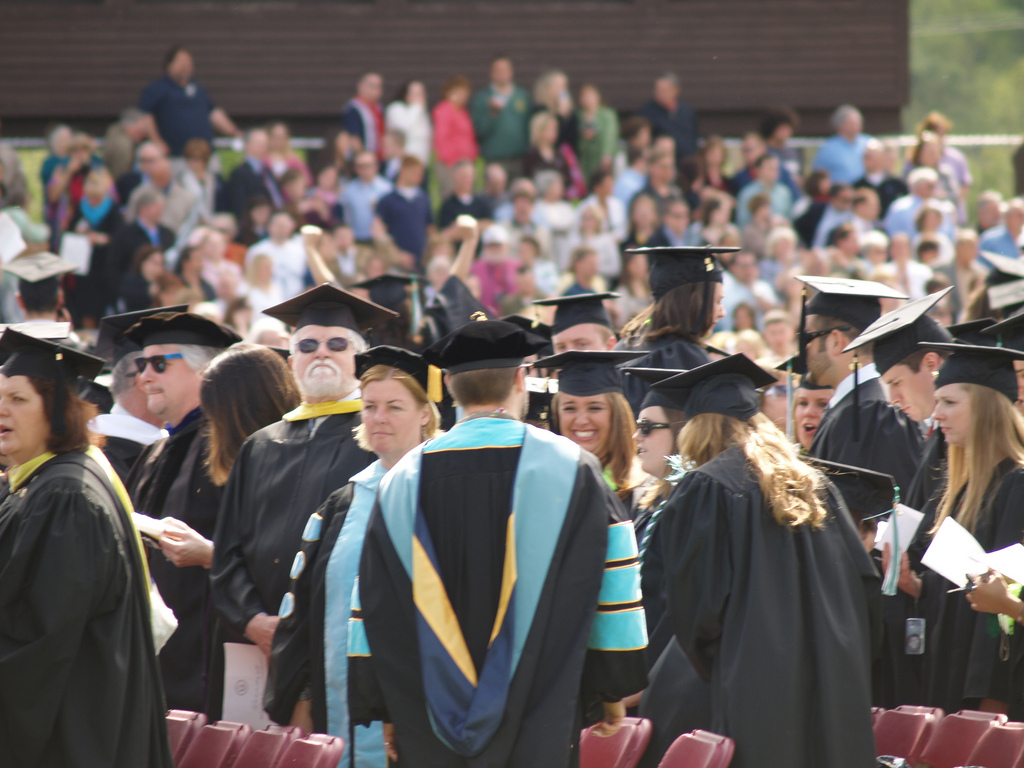 The rising cost of a college education and limited access to financial aid may create a less productive workforce and steeper wealth inequity, according to a study by two North American economists.

Students with low-income parents are discovering that it is more difficult to find funds to pay for a college education now compared to students of similar economic backgrounds in the 1980s, said Alexander Monge-Naranjo, assistant professor of economics, Penn State.

“The consensus was that in the 1980s, credit constraints didn’t seem to matter for those who went to college,” said Monge-Naranjo. “But according to the latest data, we see family income and parental wealth are making a big difference in who is attending college.”

Monge-Naranjo said there were several reasons for the move away from affordability. Over the last two decades, more higher-paying jobs required a college degree. The higher demand for a college education led universities to increase tuition, according to Monge-Narajo.

At the same time, money available through government loan programs remained flat or, when adjusting for in inflation, declined. During the 1990s, the percentage of undergraduates who borrowed from government lending programs increased significantly. Of those students, the ones at the top limit of their borrowing capacity tripled to 52 percent. Many more students are relying on private lenders for loans, Monge-Narajo said.
In the 1980s, credit constraints — factors that limit financial access to college funding, such as caps on financial assistance and family income — did not significantly stop students from attending college, once the researchers controlled for other factors, such as SAT score, age and race. Even poor students who had little financial resources to pay for college, but who were smart, could access credit to pursue an education, Monge-Naranjo said.

The researchers, who reported their findings in the current issue of the American Economic Review, said a shift occurred in the 1990s as more low-income students began to struggle to access credit to pay for a college. During the 1990s, youths from high-income families were 16 percent more likely to attend college than youths from low-income families.

Monge-Naranjo, who worked with Lance Lochner, associate professor, Western economics and director, CIBC Centre for Human Capital and Productivity, University of Western Ontario, used the most recent data from the National Longitudinal Surveys of Youth and the Armed Forces Qualifying Test to examine the relationships between intelligence, family income and college attendance.

According to Monge-Naranjo, constraints on financial aid could have far-reaching economic impacts. When poor but intelligent workers are unable to earn a college degree, their career choices are restricted, Monge-Naranjo said. That could mean less qualified and less productive workers will attain those positions.

“It’s a matter of economic efficiency,” said Monge-Naranjo. “Are we choosing the best individuals for the job, or just the individual whose parents are wealthy? In the long-term that may have an effect on the economy, although it may take a couple of generations to find out and, even then, perhaps be hard to quantify.”
The National Science Foundation supported this work.

[box type=”shadow”]This article was originally published by Matthew Swayne and Andrea Elyse Messer for Penn State Live. The authors can be reached at 814-865-9481. Photo via Flickr.[/box]