The passing of Michael Arcus prompted me to reflect a bit on what they and the store means to us. 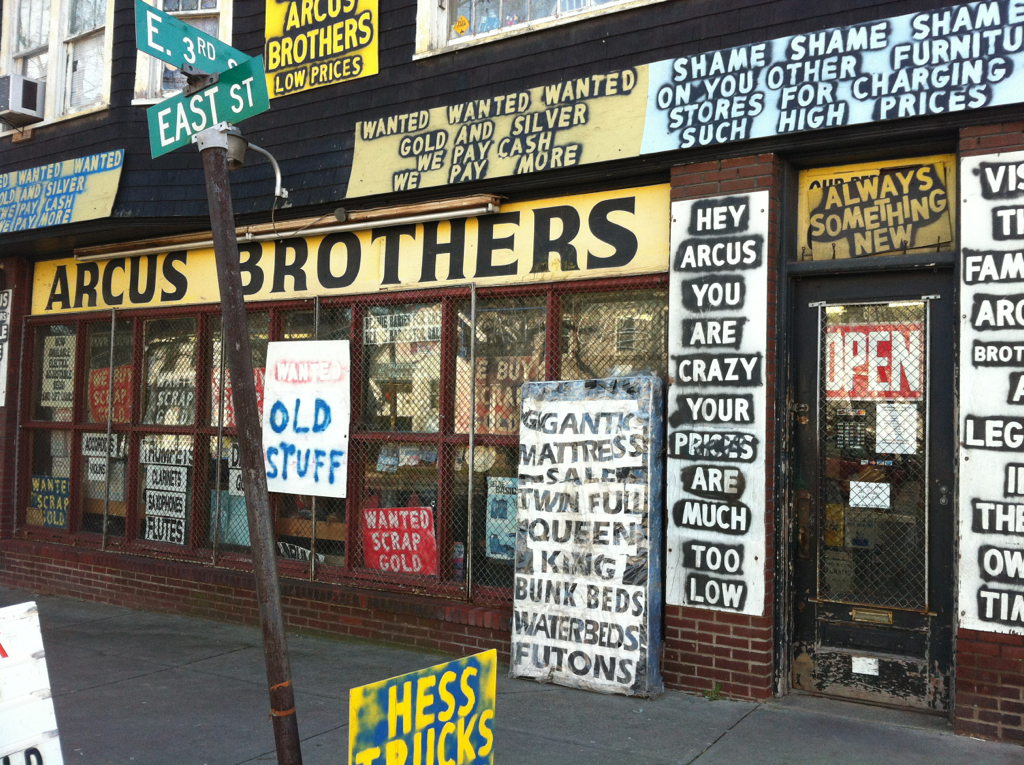 Growing up at 245 East Street in Bloomsburg in the 70’s and 80’s was a really amazing time. It was a world that seemed to bridge the gap between the scenes you see in movies from the 50s and 60s and the ultra protected world we have today. I was permitted to roam a gradually expanding area that started small, but grew into a freedom that let me go from Nelson Field House to BHS to the Fairgrounds on my bike. In the earliest days, I was restricted to an area that went only from College Hill to Third Street and capped off by the ally behind my house.

I attended Saint Columba School directly down the street from my house. What that meant was that by around second grade I was allowed to walk to school alone. Each morning my Mom would walk me across East Street and I would walk past Arcus Brothers. Keep in mind this is well before the building was adorned with the spray painted signs it is famous for today. Back then they had a much more subtle set of signage, urging customers to come in for “Going out for business” sales and other classics.

As I got older, I was allowed to cross East Street by myself and spent quite a bit of time hanging out with both Steve and Mike Arcus at the store. They let me play video games and would teach me about various electronics if I helped out by running the vacuum cleaner or going to get Steve a Vanilla Coke. They drove me crazy when I’d ask how much a particular Atari game was by asking me, “how much do you think it is worth?” But at the end of the day, both Steve and Mike always treated me great.

So when I heard that Mike had passed away it made me reflective on what the Arcus Brothers have meant to Bloomsburg. You can read his entire obituary online at The Daily Item. Here is a short excerpt:

Born in Danville on Sunday, Dec. 24, 1950, Michael was a son of the late Max and Vivian Simon Arcus. He attended the Bloomsburg area schools. Michael was a self-employed businessman in the Bloomsburg community for his entire working career. On May 6, 1971, with his brother, he established Arcus Brothers, Inc., which he was vice president.

In honor of Mike and the store that has dominated the imagination of so many locals and visitors, I decided it would be a nice tribute to share some recent photos of Arcus Brothers. If you feel like sharing your own memories, good or bad, of the Arcus Brothers please do so in the comments.

7 thoughts on “The View from Here: Arcus Brothers”