Penn State again will be well-represented on the field and the sidelines at the Super Bowl. 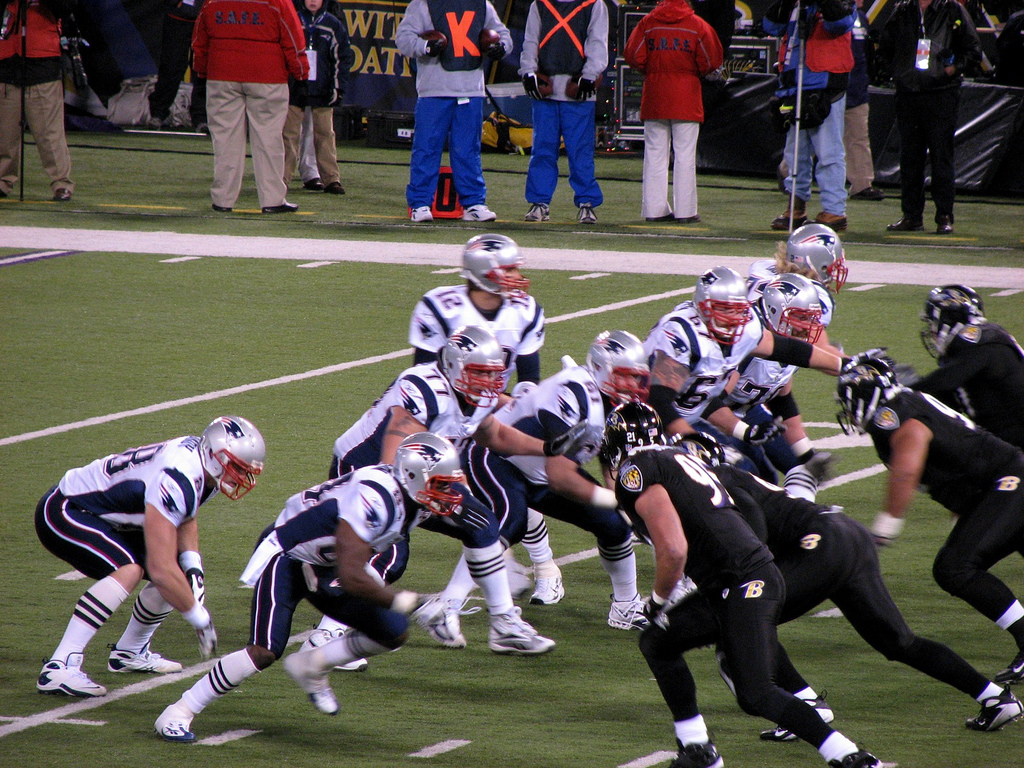 When the New England Patriots and New York Giants clash in Super Bowl XLVI on Sunday (Feb. 5) in Indianapolis, Penn State again will be well-represented on the field and the sidelines.

Several former Penn State players and staff with ties to the Nittany Lion football program will be involved in the National Football League’s Championship game, headed by new head coach Bill O’Brien and three former standout student-athletes, Kareem McKenzie, Jimmy Kennedy, and Rich Ohrnberger. O’Brien, who was introduced as Penn State’s 15th head coach on Jan. 6, is the offensive coordinator/quarterbacks coach for the AFC Champion Patriots. McKenzie, a tackle, and Kennedy, a defensive tackle, are members of the Giants, while Ohrnberger, a guard, is with New England.

In addition to the three former players, two members of the Giants’ coaching staff – Pat Flaherty and Peter Giunta – are former Penn State assistant coaches and are coaching in their second Super Bowl with the Giants.

A member of the Patriots’ coaching staff since 2007, including the last three mentoring the quarterbacks, O’Brien has been instrumental this season in helping New England advance to its second Super Bowl during his tenure. The Patriots scored 513 points (32.1 avg.) during the regular season, the AFC’s highest mark and No. 3 in the NFL. New England also ranked second in the NFL in total offense (428.0 ypg) and passing (317.8 ypg).

Under O’Brien’s tutelage, quarterback Tom Brady threw for 5,235 yards (No. 2 in NFL) and 39 touchdowns this season, as the Patriots won their final eight regular season games. Wide receiver Wes Welker led the NFL with 122 receptions and his 1,569 receiving yards to rank second in the NFL. Welker and tight end Rob Gronkowski (90-1,327) ranked No. 1-2 in the AFC in receiving yardage. Gronkowski led the NFL with 17 touchdown receptions during the regular season.

Ohrnberger missed the entire 2011 season after being placed on injured reserve on September 3. A fourth round choice of the Patriots in the 2009 NFL Draft, Ohrnberger started 35 games at Penn State, earning third team AP All-American and first team All-Big Ten honors in his senior season.

In his 11th season in the NFL and seventh with the Giants, McKenzie anchors New York’s offensive line from his right tackle spot. He has played in 161 career regular season games and has made a remarkable 153 consecutive starts since 2002, in addition to the 14 postseason games in which he has played. The Giants have featured one the NFL’s top passing attacks this season, led by quarterback Eli Manning and 1,000-yard receivers Victor Cruz and Hakeem Nicks. Originally selected by the New York Jets in the third round of the 2001 NFL Draft, McKenzie won a Super Bowl ring with the Giants during the 2007 season. A product of Willingboro, N.J., McKenzie earned All-Big Ten honors in 2000.

In his first season with the Giants and 10th overall in the NFL, Kennedy has played in six games this season, making four tackles. Drafted in the first round by the St. Louis Rams in 2003, Kennedy has 129 tackles and eight sacks in his career. A four-year starter at Penn State, Kennedy was named the 2002 Big Ten Defensive Lineman of the Year and was a two-time first team All-Big Ten selection. A semi-finalist for the 2002 Lombardi Award, he was selected first team All-America by The Sporting News as a senior.

Flaherty joined the Giants in 2004 and serves as the offensive line coach. A native of McSherrystown, Pa., Flaherty was a member of the Nittany Lions’ coaching staff in 1982 and ’83, serving as a part-time assistant coaching the offensive line under Dick Anderson. He helped Penn State win the 1982 National Championship with a Sugar Bowl victory over No. 1 Georgia. When Anderson was named head coach at Rutgers for the 1984 season, Flaherty joined the Scarlet Knights’ staff. He was at Rutgers through the 1991 season and coached in the college ranks until joining the Washington Redskins’ staff in 2000.

Giunta joined the Giants staff in 2006 and is the secondary/cornerbacks coach. From Salem, Mass., he was a part-time assistant at Penn State in 1982 and ’83, working with the tight ends. In 1981, Giunta served an internship with the Nittany Lions. He also helped Penn State win the 1982 National Championship with an 11-1 record. Giunta coached at Brown and Lehigh through 1990, joining the Philadelphia Eagles’ coaching staff in 1991. He was the defensive coordinator in 1999 when the St. Louis Rams won Super Bowl XXXIV.

Both Flaherty and Giunta were on New York’s coaching staff in 2007 when the Giants defeated the Patriots, 17-14, in Super Bowl XLII.
Seven former Nittany Lions playing in the National Football League were on 2011 playoff teams, with at least one Penn Stater on six of the squads vying for the Super Bowl XLVI title. There are 34 former Nittany Lions on NFL rosters, placing Penn State in the Top 15 nationally among schools in producing current NFL players.