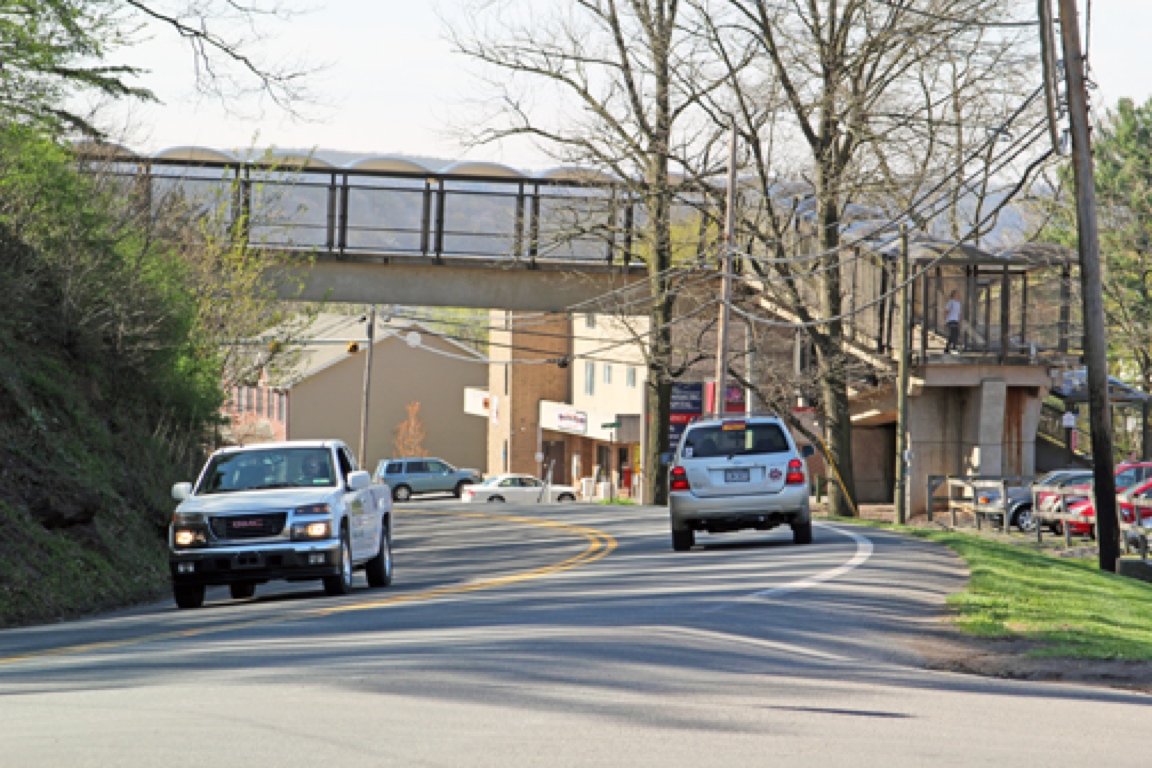 Fast cars, limited crosswalks, and no crossing guards. To many these seem like the situations that occur on busy urban streets, but for many students living in The Honeysuckle and 500 Club apartments this is just a part of their daily commute in crossing Lightstreet Road on their way to campus. The Bloomsburg University’s student Community Government Association (CGA) and the University noticed this daily struggle and are discussing the possibility of constructing a pedestrian bridge to better accommodate students. This second pedestrian bridge would extend from the Honeysuckle and 500 Club apartments to campus in between the Haas Center and the Bakeless Center.

Lightstreet Road, or PA Route 487, is a busy thoroughfare separating the main lower campus from the athletic field and student housing to the north. In recent years as student housing has expanded away from the main campus, pedestrian traffic from that direction has increased.

The location of this additional housing relative to the lower campus academic buildings poses concerns for Bloomsburg drivers and student pedestrians alike. At present the existing pedestrian bridge at Penn and Lightstreet does accommodate some who choose to walk, but this bridge was installed years ago when volume of foot traffic as well as commuting patterns were much different. Originally built to provide safe crossing from the parking lot along Lightstreet, the bridge leads away from the two apartment complexes built in subsequent years.

Students who choose to walk to the lower campus estimate that the location of the current bridge adds an additional ten to fifteen minutes to their travels. In addition to reducing walking times, it is also hoped that the bridge would reduce the need for shuttle buses in the area.

“The bridge would make the trek up to class more timely, definitely quicker than the buses that take forever”, said sophomore Honeysuckle resident Devon Seier. “In the wintertime students could have a quicker access to the school and not have to wait on the buses,” stated Seier. When asked about his use of the current bridge he replied “Personally I don’t use it because it’s a longer walk for me. The bus is definitely the more logical choice at this point.”

The current shuttle schedules and the long, unsafe walks for the students in the Honeysuckle complex have led many to find housing elsewhere in town. “If I wanted to walk to campus on a nice day I would have to leave a half an hour early just to make it to class on time, I thought that was ridiculous and it motivated me to find a house closer to campus”, said former Honeysuckle resident Rich Lopez. The bridge project would put an end to these travel issues and could increase the number of students deciding to live at Honeysuckle and the 500 Club.

“I love the bridge idea,” said Mr. Abrams “I think it’s something that the students need. I am a resident of Honeysuckle; if you look at where Honeysuckle is located according to campus it actually takes longer to drive to the University then it would to walk. The complex is right next to campus and the bridge would take you right to the quad. It is something that needs to be done.”