8:00 Mayor: Getting Federal dollars is more difficult due to lack of earmarks. Money is awarded to best project on cost basis, rather than influence over political leaders.

7:58 Resident: With future flood plans, is it possible to coordinate flood planning efforts with towns upriver? Mayor responds that he would like to see a regional plan, but also feels that he needs to fight specifically for his town against other communities in getting flood protection.

7:55 Resident concerned that Emergency Services, waking people at 2AM to evacuate, only told people to “get out” with no information on specifically where to go.

7:53 Mayor Knorr responds to resident concerns about islands and debris blocking Fishing Creek. Town does not have authority over waterways.

7:50 Resident asks if there are set places for people to go for those who are evacuated. Mayor responds that it’s difficult to get that information out since people usually only pay attention to that information in the immediate hours before an emergency

7:49 Resident wonders about evacuation. Wondolosky responds that the town does not have the authority to remove people who refuse to leave.

7:47 BU Psychology professor’s daughter learned of Flood and its severity through facebook and wonders about social media for future emergencies

7:44 Resident: What’s the town’s plan for the next emergency. Mayor spoke of replacing town hall’s emergency generator. Resident: wonders why Bloomsburg University could not be utilized.

7:43 Joe Wondoloski, Emergency Services, responds with needing to educate people on being prepared for emergencies, and improving the information infrastructure.

7:41 Eileen Chapman, AGAPE, worried about “last mile” of information for people not reading newspaper or without electricity for online access.

7:40 Mayor Knorr is also happy with the response of the Bloomsburg Daily and its citizen news response.

7:39 Press Enterprise took criticism and Bloomsburg Daily started in response. Mayor Knorr happy with PE response and that it was free for several days

7:37 Port Noble Drive Resident. Came home on the 9th from Canada. had 5 feet of water in house. Disaster response was good, but we need disaster prevention response. Radio and Newspaper need to have permanent information available for emergencies. Applause.

7:34 Kathy Zimmerman, Wonderview. Port-a-Potties were taken out almost immediately when water came on, but there were still hundreds of volunteers in town

7:32 Mr. Hopper, 10th St., WHLM employee. Also commends town emergency services for their speed in getting information to WHLM so the information could get out over the air.

7:30 Resident commend Town Council on early response, AGAPE as well, the University Students that came to help. Round of applause

7:28 River Road Resident, Lived in flood area since 1972. How does the Town get away with filling in low lying lands, especially around the airport.

7:25 Resident restates that he loves it here. Mayor states that finding funds for buyout is on the agenda for November meeting.

7:23 “We’re willing to walk away form our home with a mortgage. We’re not willing to rebuild. You don’t want to wreck your credit or walk away from the home you love, but you can do what you want, we’re done.”

7:21 Resident states that FEMA has money and the Town Council needs to do their homework and that they should be going after FEMA funding instead of waiting for the Federal government to come to them

7:20 Resient worried about ground saturation during rains, that the river isn’t deep enough without dredging, and wondering what good the raising houses will do. “Should we just walk away from our houses if we live near the water?”

7:18 Bauman If we want protection, the dike is the way to go. All this money should be saved and put to something useful

7:17 There isn’t a dike that can’t be over topped. You have to write the elected officials to get the dike that the town needs

7:14 Bauman “The dikes will be the way they (the corps of engineers) wants it, not the way you want it” The only part of bloom that qualifies for the cost ratio is the lower end of bloomsburg.

7:13 Former Mayor Dan Bauman discusses details of dredging. Dredging is not the answer.

7:12 Country Club Drive resident wants zoning changed so that not so much pavement moves water to other residents.

7:11 Ralph McGill responds that zoning is handicapped with lack of officers.

7:09 Want to know where help will come from in the future in trying to deal with zoning and bureaucracy, how the process can be expedited.

7:08 West 11th St. Resident. “Help was very good at the very beginning. It was wonderful. I do think now something needs to be done with the zoning”

7:06 Mr. Laubaugh worries that homes may not be raised nearly enough even if they are in compliance with code. Mayor Knorr says to discuss this with Code Enforcement and that he should be called if it feels like residents are dealing with too much red tape.

7:04 Mr. Laubaugh wonders about his demolition permit that he needs to buy, doesn’t mind paying, but wants to know if permits will be waived so he can get started rebuilding. Agrees with dredging.

7:03 Curt Laubaugh, 10th St. Resident. Just bought trailer in June, on 1/4 acre. It’s been condemed. Want’s know the red tape the town will put him through before he can rebuild like he wants to. Lifetime bloom resident.

7:00 Isabel Tarr speaking of worry of people on the East end of town. “Why do we still allow people to build in this area?”

6: 59 Mr. Hamilton wants a lobbyist in Washington for the whole area in support of dredging the Susquehanna and Fishing creek

6:57 “We could have hired a lobbyist in Washington for all the money we spent in town in the last 3 years.”

6:55 “I don’t care who our senator or congressman is, we need a lobbyist. We were able to pay for Streeter’s, the tennis courts”

6:54 1936 Flood Survivor: “The lifting system is far fetched.” “I’ve gone through this for years and it’s getting ridiculous. I believe in dredgine the Susquehanna and Fishing creek”

6:53 Another resident “Who cares about a (airport) runway? “Why buiild that up to flood somebody else?”

6:51 Resident in back (they aren’t stating names) wondering where the money would be raised to jack up homes. Also wants to ensure that all homes are sufficiently raised, even above what FEMA may say is the flood plain. “100 year Flood plain doesn’t mean anything”

6:50 Unidentified resident disagrees with Kreisher on the utility of raising houses.

6:48 Kreisher discussing technicalities of how a house is to be raised above flood plain

6:47 Bill Kreisher, Town council, talking of lifting and raising homes above the flood level with jacks

6:45 Town can apply for Federal funding with Town 25% match to buyout properties. Has to make sure that Town can afford buy out. Doesn’t know if the Federal government will provide monies

6:44 Mayor is doesn’t know if there will always be federal funding for a floodwall

6:43 Anger from residents that all the town is doing at this meeting is reviewing damgage instead of addressing their concerns.

6:42 “Is all we’re going to do is clean the fairgrounds when people are suffering?”

6:40 Resident wonders what the point about reviewing all of this? Will we just be here doing the same thing again next year?

6:37 St. Luke’s Church offering help for people who may not have received any.

6:35 Police Chief answering that phone numbers have been set up and publicized the assistance. Larking still worried about people who may be forgotten

6:32 Showing pictures of all town services and all public works buildings underwater.

6:28 Code Enforcement’s job began after the flood water receded, worked to ensure safety of all town residents, to keep them safe after flood.

6:27 Some minor thefts reported, no real problems with looting. Police were aware of a possible issue early and worked to avoid theft of items on sidewalks.

6:25 No deaths, No serious injuries. “We can rebuild things, but you can’t bring back a life” — Mayor Knorr

6:24 Senator Casey called Mayor Knorr to offer assistance. Commendation of town employees who assisted in emergency management in spite of their own homes being flooded and destroyed.

6:20 Sunday able to reach ammonia tank and deal with problem. Again since leak was under water, it prevented gas from escaping into atmosphere

6:17 Ammonia leak at Windsor foods caused evacuation. Not sure of how much leaked at time so evacuated large area to be safe. Smaller leak than feared. Leak was eventually covered by water which prevented ammonia from going into air but slowed repair.

6:15 WHLM was commended for their constant broadcast and getting information out

6:14 Susquehanna crested on the 9th. Emergency siren system used on the 8th and 9th. Officers drove through the various zoned emergency areas to assist with evacuation.

6:13 Public works and fuel pumps surrounded by water. worked out deal with Weis to get fuel and other equipment. Got police from other townships, Bloom University, Bucknell. Worked in concert with National Guard

6:10 Emergency Siren was activated at 2:30Pm, worked in some areas, did not work in other areas

6:10 Town Council met in emergency session on the 7th and issued Declaration of Disaster Emergency. REd Cross shelter opened, and preparations made on Wednesday. Still not a lot of time. Local industries informed

6:08 Three storms contributed to event, with Tropical Storm Lee being the “knockout punch” Wednesday the 7th was the first time knew that there would be trouble

6:08 Mayor will first recount what the town’s response was and then will solicit feedback

6:04 Reason for meeting. Tough to get perspective from the street and resident level. Want to get sense of what is going on in town.

5:25 Todd Heiss and Derek Gittler are currently setting up and getting ready to go! 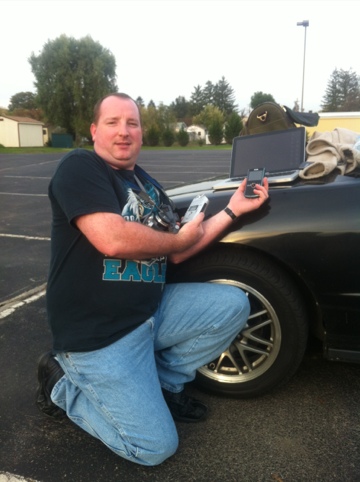 At 6:oo PM tonight (Tuesday, October 18th), there will be an open forum to discuss the flood response hosted by Mayor Dan Knorr at the Bloomsburg Fire Hall. (Read our own Jen Ralston’s overview and reminders for the event.) We will have two people on scene to keep track of the major concerns and issues being discussed. This page will become the live blog for the event. A live blog is “a blog post which is intended to provide a rolling textual coverage of an ongoing event, similar to live television or live radio.” (Wikipedia)

So, basically our reporters will be providing live “play by play” coverage right here in this blog post. The top of the post will have the most current update and then you will be able to scroll down the page to see all of the previous updates in reverse chronological order.

We encourage everyone to get to the fire hall and have your voices heard, but if you can’t please come back to this post and keep refreshing to see the latest news from the forum. In addition, if you have aquestion or comment that you would like our reporters to ask, simply leave a comment here, tweet us @bloomsburgdaily, or leave a comment on Facebook. You can also contact our reporter directly:

Just make sure you participate in one way or another! And keep checking back here for updates.