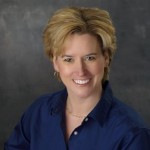 November is National Lung Cancer Awareness month.  The Bloomsburg Daily had the opportunity to chat with Hemlock Township Manager, cancer advocate, mother of 2, and lung cancer survivor Stephanie Dunn Haney.  Stephanie relayed her experiences with cancer, her hopes for her young children, and her determination to battle the stereotypes and stigma associated with her illness.

For Stephanie, it started with a “funny pain” in her right side when she sneezed or coughed.  She didn’t want to bother her doctor with her seemingly minor complaint, and soon she became pregnant and was busy with a new baby to care for.  They wouldn’t do an X-ray on a nursing mother anyway, she thought.  The “funny pain”  failed to resolve, and after a year and a half, Stephanie finally consulted her physician.  In an attempt to diagnose and treat her symptoms, the next two years were filled with a battery of tests and treatments. Stephanie underwent an EMG (nerve conduction study),  an Ultrasound of her gall bladder, X-rays, and an MRI, all of which were negative.  She was referred to a neurologist, a chiropractor, and even to physical therapy, which were also unsuccessful in alleviating her symptoms.  Finally on October 3rd, 2007 after  approximately three and a half years of unresolved symptoms, the diagnosis came after a CT scan came back positive:  lung cancer, non-small cell lung cancer, stage IV. Even then, her surgeon told her it was probably not lung cancer as she had never smoked and had no family history of cancer, and a surgical biopsy was performed.  This procedure confirmed her diagnosis the same day.

The stage of cancer refers to the tumor’s size and to what degree it has spread to other parts of the body.  Stage IV is the most advanced stage of lung cancer, and about 40% of patients newly diagnosed with lung cancer are already in that stage. In this stage of lung cancer, the tumor has spread to another part of the body and as such is considered inoperable and incurable. Treatment options, while available, are limited.  This type of cancer also has a very low survival rate, with only about 15% surviving 5 years or more.

While Stephanie notes that the first year after her diagnosis was spent dealing with grief and loss, she states , “I eventually got mad,” and became an advocate for lung cancer.  Stephanie points out that lung cancer kills more people than prostate, breast, and colon cancers, and melanoma combined, and yet it has very little funding.  She also notes that  lung cancer is a highly stigmatized disease, and that people tend to want to place blame on patients with lung cancer for contracting the disease in the first place.  She was frequently asked questions that would indicate some sort of cause for her illness. “But I have no risk factors.  I never smoked.  I have no family history of cancer.  This is not necessarily an environmental disease.  I provide an example that stretches people’s understanding of the disease.”

Stephanie and her friend Rachel Troychock have also been active in their fundraising efforts for lung cancer research and awareness.  Team Haney, the local group walking in the “ Free to Breathe National 5K” campaign, was organized in 2008 and has managed to raise more than $43,000 over the last 3 years.  The funds raised by this event benefit the National Lung Cancer Partnership, a non-profit organization dedicated to research, advocacy for patients, and increasing community awareness of the disease. Stephanie has also been involved with the Lung Cancer Alliance, a group whose main directives are to lobby for federal funding for research, increase awareness, and to provide patient support.

Through her advocacy efforts, she  strives to be a role model for her 2 girls, now ages 6 and 8. “I want my kids to learn how to be their own advocate, how to handle adversity, and how to fight for something they believe in.”

In February of this year, Stephanie entered into a clinical trial of Crizotinib, and  on August 26th, the Food and Drug Association (FDA) approved the new drug for the treatment of certain lung cancers. Crizotinib (brand name Xalkori ) has been effective at treating patients with a specific genetic mutation called ALK (anplastic lymphoma kinase).  This mutation is often found among non-smokers who have developed non-small cell lung cancers, and Stephanie has this gene.  According to the FDA, 50-60% of patients in the clinical studies for Crizotinib experienced complete or partial shrinkage of their cancer.

Currently, Stephanie remains in the clinical trial, and she continues to have the tumors though she claims she is “living with stable disease.”  This past August, a brain tumor was discovered and she was treated with Cyberknife.  She continues to get scans every 6 weeks and she is monitored by her oncologist.

Several fundraising events are planned for this month; please see the events calendar for details, or contact Rachel Troychock at racheltroychock@hotmail.com: