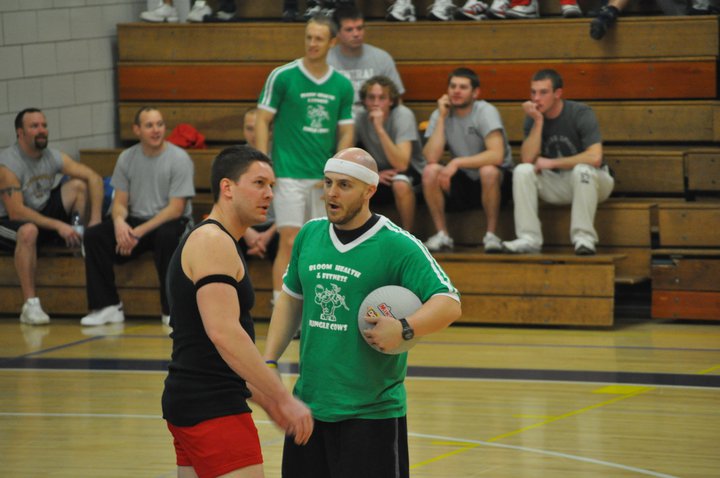 “What’s better than Dodgeball? It’s the All-Star Sport of Gym Class!” Ben Eshelman laughs happily as he describes the go-to rainy-day sport of Phys-Ed teachers everywhere. For those that know Ben, a Personal Trainer at Bloom Health & Fitness on Old Berwick Road, his excitement is infectious but unsurprising.

“It’s something that’s fun, gets kids and families involved!” You can’t help but notice the energy. Ben’s words bounce, impossible to avoid. “It’s a ball. You dodge it.” He smiles at you as he lets his Zen-like oversimplification of a simple game sink in.

Then you remember why you’re here in the first place, this high school gym on a Saturday, and that too is Ben. He took the tragedy of a child and created an annual charity event for the benefit of students in need at Central Columbia.

Two years ago, after horrid bullying left a student severely injured at Central, Ben, who also volunteers as a coach in the Central Columbia School District, approached High School Principal Jeff Groshek about the possibility of a charity dodgeball tournament. The tournament of that first year was “more successful than we could ever have imagined,” said Mr. Groshek.

Last year, again wanting to raise money for students in need, Ben organized a second annual dodgeball tournament. With “no specific student in need,” said Mr. Groshek, there was a question of what to do with the money. Central’s solution was to use their Student Assistance Program (SAP), an eight-member group consisting of Mr. Groshek, guidance staff, and faculty at Central that meets twice a week to identify students with possible needs and lend assistance when possible. With the money raised from these annual tournaments the SAP has greater means to assist students than previously.

Money from the fund is not distributed directly. Rather the SAP members make purchases for the students to ensure that the money is used as intended. “This year we know of and targeted four students,” Mr. Groshek explained. “One is unable to purchase lunch and we help him to buy a healthy lunch. There are some who are less fortunate and now they are benefitting directly.”

Because of the dodgeball tournament, the publicity it provides, and the funds provided to Central’s SAP, the program has this year received an outside, unsolicited donation of $800. With that money and the expected revenue from this year’s tournament, plans are being made to continue the financial assistance aspect of the Student Assistance Program well into next year.

“It’s a ball. You dodge it,” says Ben, exited and understated as always. What cannot be understated is the impact that Ben’s simple idea and energy is having on the lives of students at Central Columbia.

[box type=”shadow”]The Bloom Health & Fitness 3rd Annual Dodgeball Tournament will be held this Saturday, 25 February, with team registration beginning at 9:30 AM at the Central Columbia High School Gym. Team Registration is $60 if registered before 24 February.

Registration forms can be downloaded here or obtained at Bloom Health & Fitness and mailed to: